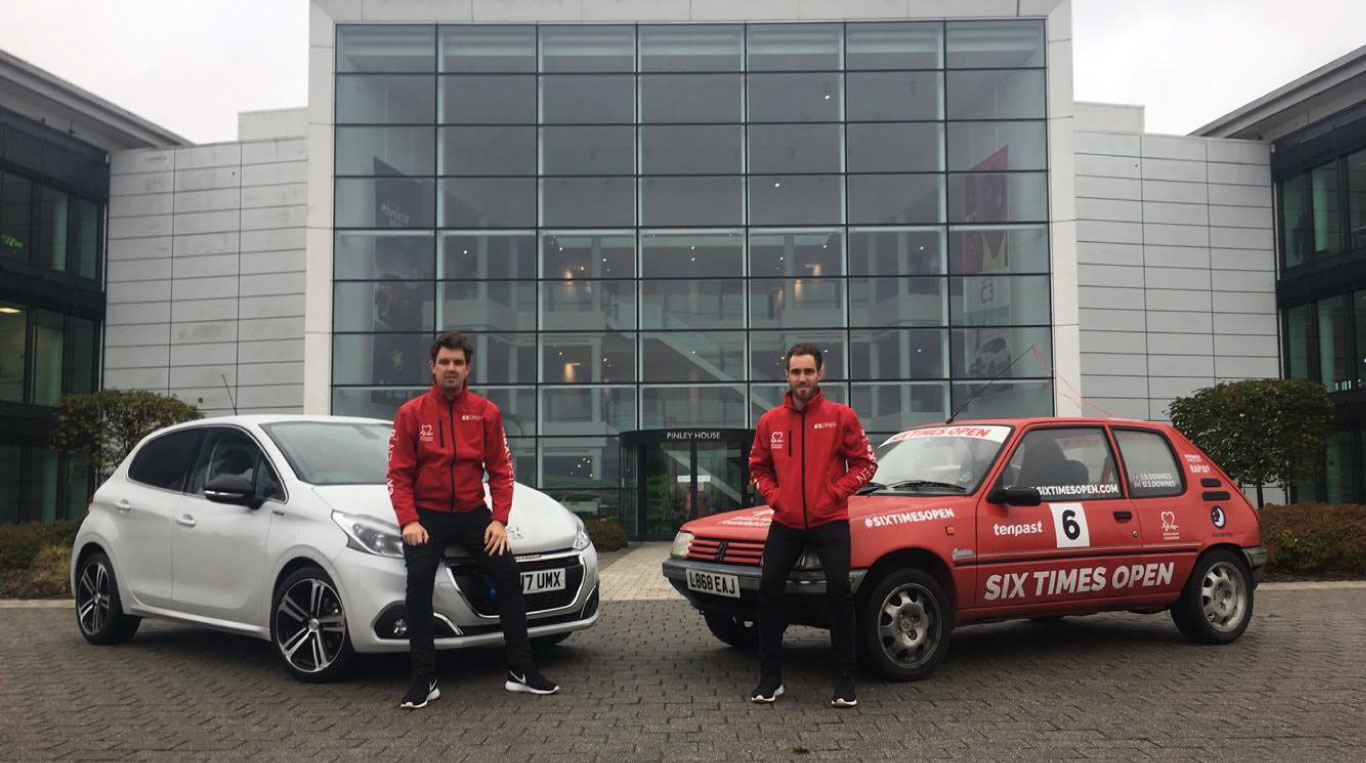 Peugeot UK have partnered with SIX TIMES OPEN campaign and joined the fight for every heartbeat for the UK road trip in October 2017.

The SIX TIMES OPEN UK Road Trip begun on the 10th October 2017 and the twins set off from John O’Groats in Northern Scotland in Linda, their trusty Peugeot 205, on a journey ending at the Lands’ End, the southernmost point of England.

The core aims of the UK road trip were 5 fold.

Peugeot are one of the largest manufactures of vehicles in the world and are responsible for iconic models such as the Peugeot 205 and more recently the RCZ.

We are delighted to have partnered with Peugeot for the SIX TIMES OPEN campaign and caught up with the team at their UK head office in Coventry while on the UK Road Trip to collect the newest member of the SIX TIMES OPEN team, Jakob, the newly released Peugeot 208 GTI line.

The 208 GTI is proof of how far car design has evolved in 24 years, and in comparison, to the 205, with its evident increase in grip, speed, BHP, efficiency and not to mention its curves.

However, every journey in the 205 feels like an event. Each drive leaves you pumped and excited for the next journey and stretch of road. It may be slower than its younger, 208 brother, but it still has the ability to thrill every time.

The route of the 21-day trip was far from direct and twisted though Scotland, England and Wales and was made far more exciting with 2 cars in convoy across the UK. It was a privilege to travel over 3000 miles with these two classics on the UK road trip, beginning in John O Groats, Scotland and ending in Land’s End on the south coast. Needless to say, both cars managed the journey with ease and it was an absolute pleasure and privilege to experience driving these cars! Apart from merely driving the length and breadth of the UK together, the 2 cars were at the centre of a number of stunts performed in iconic locations around the country. From handstands on the 205 on the Millennium bridge in Newcastle, to the splits between the cars at Trafalgar Square in London, the cars fetched attention from afar with, the contrast of the  BHF colours in Red and White being a clear draw. See more of the stunts performed on the  Peugeot cars via Instagram here and here:

We want to thank Peugeot for their support of the SIX TIMES OPEN campaign and Road Trip and look forward with anticipation continued partnership throughout the the rest of the campaign journey!