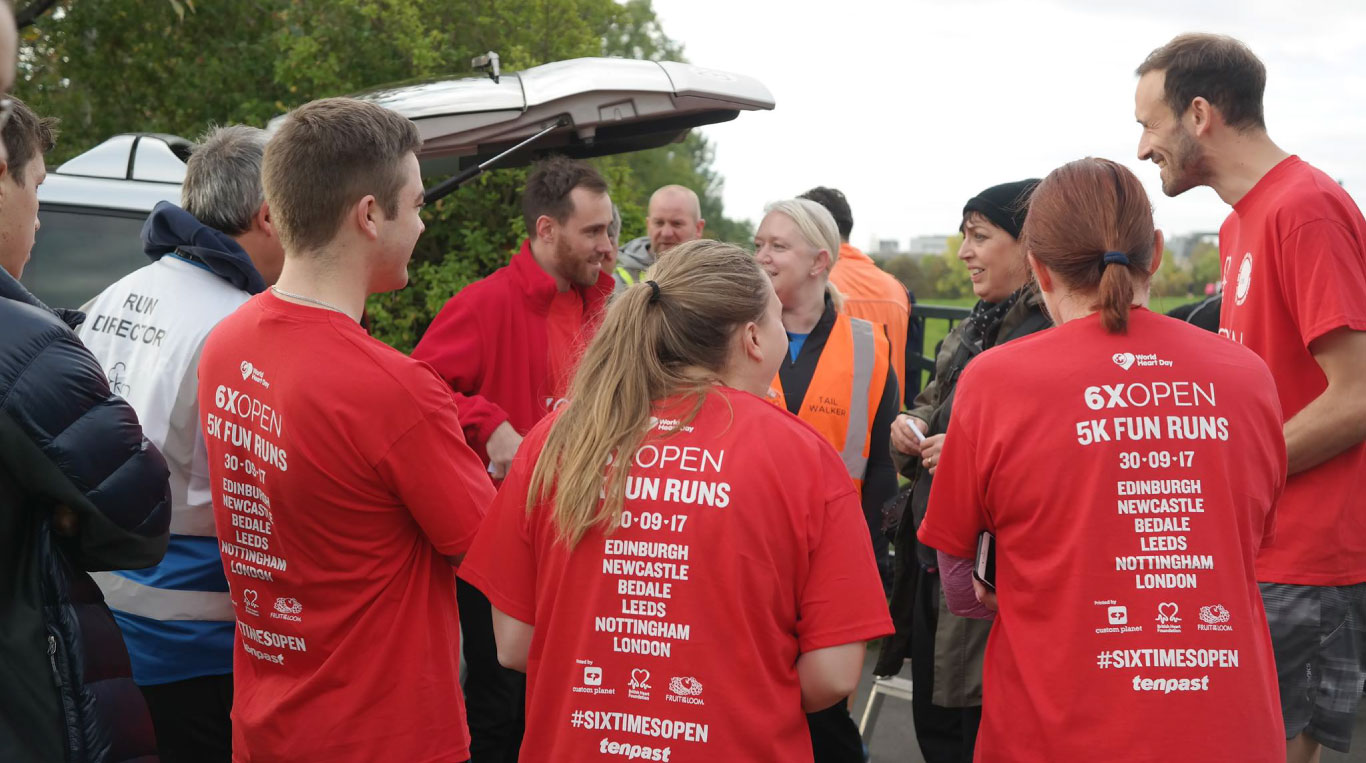 Fruit Of The Loom is a global leader in supply of high quality apparel have joined the fight for every heartbeat as latest partners of the SIX TIMES OPEN campaign.

On the 17th November 2016 the SIX TIMES OPEN campaign launched and events began to be planned and implemented.

All the campaign events involve an aspect of apparel and merchandise; from the live flash mob in Piccadilly Circus, the national three peaks challenge to the series of 5K runs across the UK, events that would not have been possible without the support and generous supply of stock courtesy of the apparel giant, Fruit Of The Loom! Fruit Of The Loom is a global leader in supply of high quality apparel and registered in 1871, is one of the world’s oldest trademarks and with such heritage, they were the apparel partner of choice and their support has been fantastic.

We want to thank Fruit Of The Loom for their ongoing support of the SIX TIMES OPEN campaign and look forward with anticipation to the rest of the campaign journey!